This September 3-5, the TIML returns to Toronto Island! 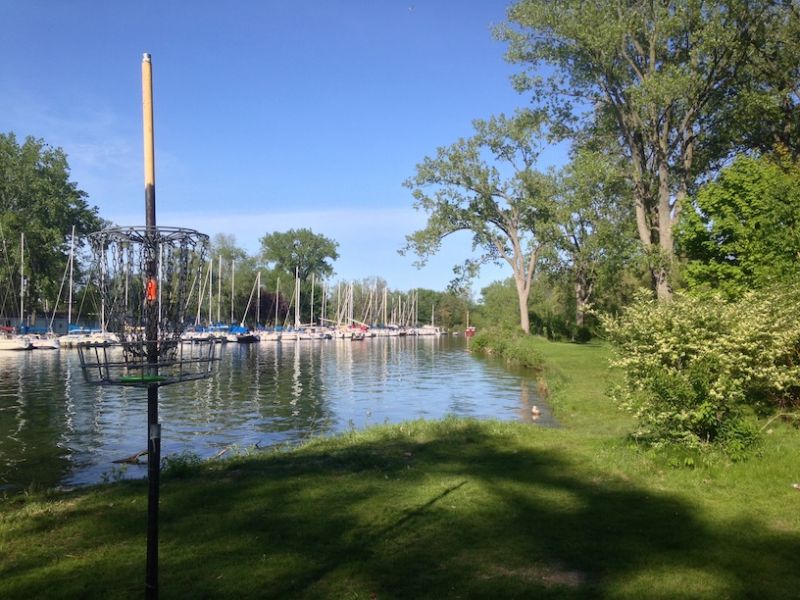 Message from the TD

Canada's only annual "A" tier event just got bigger and better.

The unprecedented demand for both Pro and Amateur spots has resulted in the creation of a new tournament structure. For the first time, the Toronto Island Maple Leaf will be contested over three days with single rounds each day including tee-time starts for each of the three days. Introducing the tee-time start schedule was needed to create capacity for our players from near and far but it is our goal to present a tournament experience that is both competitive, while relaxed and enjoyable for all players.

Expanding the TIML tournament format from two to three days is just one way we are enhancing the disc golf experience on Toronto Island. The TIML philosophy began by offering competing players four primary divisions to choose from.

The Amateur divisions were divided into two; Intermediate for players that are either just starting their competitive experience or would like to play in a structured event but in a casual fun manner. The Advanced division is for those that have played Intermediate but are ready for the next step. The players in Advanced have developed their skills and broadened their experience and want to reach a higher competitive level.

Both Amateur divisions and the Womens Amateur division compete for trophys and prizes that reward their accomplishments but emphasize everyone's participation with generous players packs including discs and other related swag.

Players ready to make the next step will compete in the Pro divisions. Here you will find the more competitive disc golfers willing to battle for cash payouts and bragging rights. Its also a good place to refine your skills because you will be exposed to a higher level of competition and player development. Many (but not all) of the Pro field players are more experienced and to offer a second division in the Pro ranks, a Pro Masters division is available for those 40 years of age and older. As with the Men, there is a Pro Womens division but due to the limited numbers of Pro Women playing, we do not yet have enough demand for Pro Masters Womens division at this time.

To encourage Amateur players who may want to test the Pro divisions waters, we also offer a similar players pack for the Pro players but the real draw is to experience the top level of play and to attempt to win some cash. For the past several years, there has been $3,000.00 donated annually from our generous tournament sponsors to the Pro players entry fees to complete the Pro purse. The history and tradition of Toronto Island has welcomed several current and formal World Champions to our course and the TIML.

We hope that you take the time to enjoy all that Toronto Island and the City of Toronto has to offer in terms of recreation and excitement of the big city. Part of the decision to make the TIML a tee-time based tournament is to allow players more time to enjoy their surroundings and to follow other players who will be competing before and after your rounds.