A Step in the Right Direction for Collingwood Disc Golf 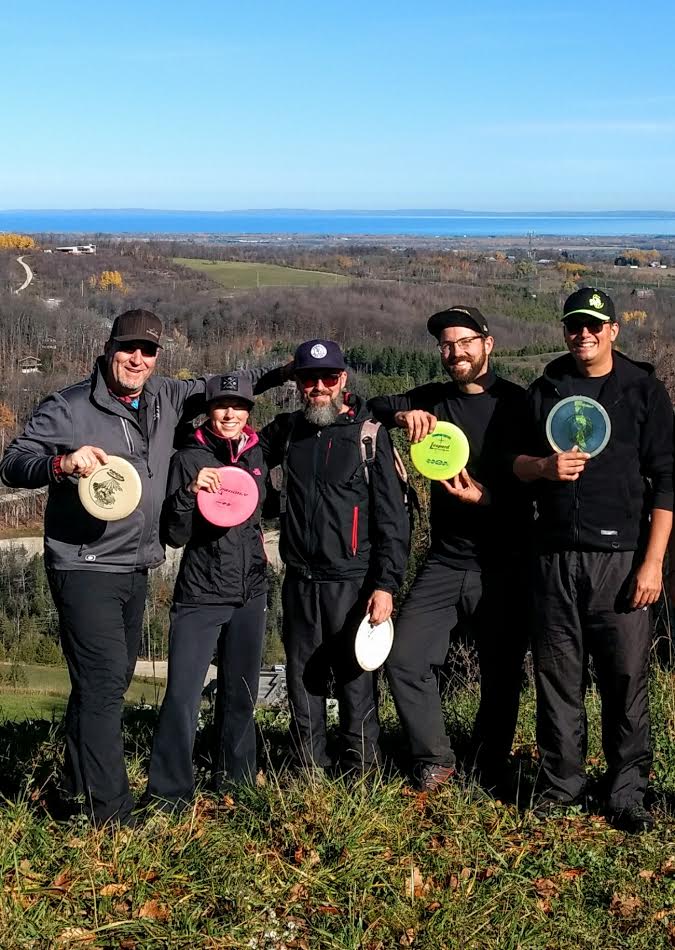 The ODSA executive board headed up to Collingwood last Sunday, November 6th for a course demo project with the Collingwood Disc Golf Association. With minimal advertising, focused on locals-only in an effort to keep the event low-key, the demo still managed to garner a crowd as well as ample positive feedback. A temporary 18-hole course was setup overlooking beautiful Georgian Bay and played through both plateau-ridden slopes as well as carved-out mature forest. The event was put on by the CDGA and ODSA in an effort to demonstrate course infrastructure, environmental impact, sport potential and generate interest and interact with a few locations looking to potentially install courses in 2017. Look for future projects to be advertised here and through our/club Facebook groups as we have a few planned for early spring 2017.